The hardest part about doing drunk book reviews is getting the appropriate level of drunk to write. Too sober, it just doesn’t hit the right note. Too drunk, well, you pass out. And I was REAL proud of myself because I got the right level of drunk over the weekend to finally knock these reviews out, but I was so tired from neck and shoulder pain issues, I just passed out. ¯\_(ツ)_/¯

SO, to get these reviews handled, I give to you, TWO reviews in ONE. Not because they are related at all in topic matter, they just both come out today <3. Fair warning that both are a touch spoilery, but not too bad. 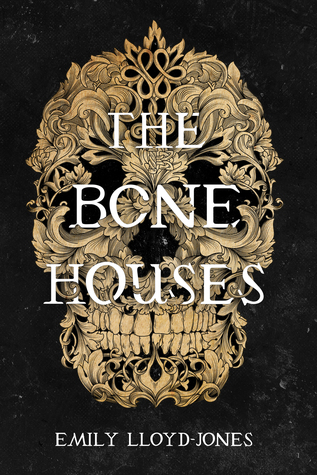 REVIEW 1: The Bone Houses by Emily Lloyd-Jones
We received a copy of this from Bookcon; thanks to Lloyd-Jones and Little, Brown & Co./Hachette for the opportunity to read and review! As I mentioned, this is out today, and can be bought here or at your local independent bookstore.

What it’s about: In every generation there is a Chosen One…but instead of vampires, Ryn is a slayer of “bone houses” (vampires are so 2000 and late). As the bone houses’ attacks on her village get worse, the mysterious mapmaker Ellis arrives, and Ryn and Ellis journey together to find out if the alleged curse that created the bone houses is true, and whether it can be broken.

What I drank: A whole lotta ginger lemon seltzer from Trader Joe’s

What I gave it: 4 stars. It was just an overall very solid fantasy read. Highly recommend.

What I’d pair it with: Something about their tromping through the woods and battling bone houses makes me crave a mulled wine.

We received a copy of this, for which I battled many people, from ALA. Thanks to Coates and Penguin for the opportunity to read and review! This also came out today, and can be bought here or at your local independent bookstore.

What it’s about: Hiram Walker is a slave in pre-Civil War Virginia. When his mother’s sold, young Hiram loses all of his memories about her, but was gifted with a mysterious power. As a young man, that same power saves his life and makes Hiram realize how much he needs to escape the plantation, no matter what the cost.

What I drank: The aforementioned ginger lemon seltzer. I’m already anxious about the day TJ might stop carrying it, because I will have the mother of all nervous breakdowns. I’m full-on hooked on to these drinks.

This was the first thing I’ve ever read by Coates, but it’s also his first novel, so I think I’m safe not having his other works to compare it to?

One thought on “2-FOR-1 DRUNK REVIEWS: The Bone Houses by Emily Lloyd-Jones and The Water Dancer by Ta-Nehisi Coates”