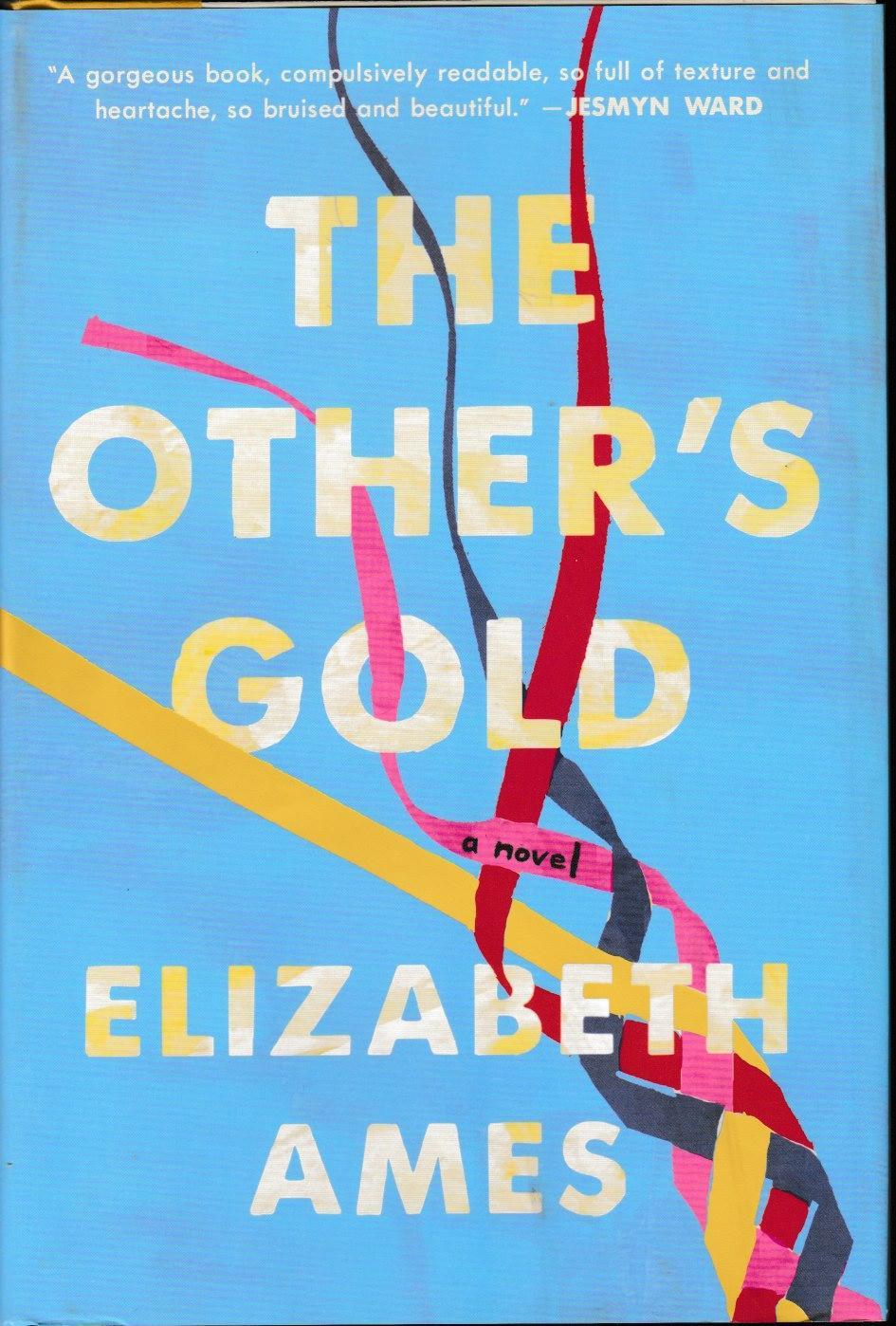 What I drank prior: It was WRFB and low-key goodbye get-together for Ginny tonight, so we split a few bottles of red wine + I had a delightful can of mead (which is a thing I guess?) from Charm City Mead.

Assigned to the same suite during their freshman year at Quincy-Hawthorne College, Lainey, Ji Sun, Alice, and Margaret quickly become inseparable. But they soon find their bonds–forged in joy, and fused by fear–must weather threats that come at them from institutions, from one another, and ultimately, from within themselves.

The Other’s Gold follows the four friends as each makes a terrible mistake, moving from their wild college days to their more feral days as new parents. With one part devoted to each mistake–the Accident, the Accusation, the Kiss, and the Bite–this complex yet compulsively readable debut interrogates the way that growing up forces our friendships to evolve as the women discover what they and their loved ones are capable of, and capable of forgiving.

My Summary: When four upper-middle to upper- women meet their freshman year, they become inseparable despite their different personalities. As they explore their faults—specifically through four mistakes each one makes—they grow closer as they experience college, post-graduate years, and early parenthood.

Spoiler-free Thoughts: College for me was such a life-defining experience and I met some of my closest girlfriends there, so when I saw this story about a tight-knit group of women I was very intrigued. Add in the mistake premise—all about flawed female characters—and it was a no-brainer. I mean, I made a lot of mistakes in college. But definitely not at the same level even remotely as these characters. It was def not the fun beach read I though t it was goin for. It took me a minute to sit with this one, but I did not leave feeling happy I read the book or feeling like their friendship was ultimately a healthy one.

Characters: To me, the characters are relatable and not relatable at the same time. Mostly the latter though. There wasn’t one in particular I identified with more than the others, but also no one that I didn’t understand at all. I felt a little disconnected to them, in part because I didn’t understand what connected them. Like, why are they friends beyond living together freshman year? It was harder since it was a (sorta?) character-driven book.

Plot: The novel is divided into four parts, one focused on one of the four women’s mistakes: the accident, the accusation, the kiss, and the bite. Two of these were way worse than the other IMO.

Writing Style: I loved the premise of being divided into parts by the four big mistakes, but wasn’t sure it worked as well in execution. Personally thought this could have been stronger. I “read” the audiobook but I thought the switches in perspective were hard to follow. I think the book would have been better served by exploring one of each woman’s perspective in each of the sections.

Drink Pairing: Jagerbomb. I drank these in college and seems appropriate.

Rating: 3/5 shots — I really don’t think I liked this. Certainly not as much as I wanted to. Quite like my later revisits to Jagerbombs.