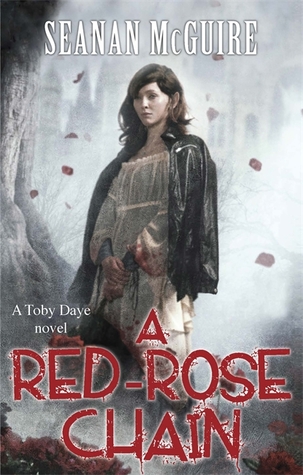 What I drank prior: lots of whiye wine. Its been a while since Sam and I had a proper girls nights home and frankly this wasnt that given the politics on tv I didnt want to watch and played video games instead

Things are looking up.

For the first time in what feels like years, October “Toby” Daye has been able to pause long enough to take a breath and look at her life—and she likes what she sees. She has friends. She has allies. She has a squire to train and a King of Cats to love, and maybe, just maybe, she can let her guard down for a change.

Or not. When Queen Windermere’s seneschal is elf-shot and thrown into an enchanted sleep by agents from the neighboring Kingdom of Silences, Toby finds herself in a role she never expected to play: that of a diplomat. She must travel to Portland, Oregon, to convince King Rhys of Silences not to go to war against the Mists. But nothing is that simple, and what October finds in Silences is worse than she would ever have imagined.

How far will Toby go when lives are on the line, and when allies both old and new are threatened by a force she had never expected to face again? How much is October willing to give up, and how much is she willing to change? In Faerie, what’s past is never really gone.

It’s just waiting for an opportunity to pounce.

Drunk Overview: the kingdom of silences (?) Decides to declare war and for skme reason Toby is the diplomat (even though she is entirely unqualified) and things go poorly as expected but in the best of ways?

Spoiler-free Thoughts: for fucks sake. I just want a story where Tiby doesny almost die every two and a half chapters.

Characters: this book didnt do much in the way of introducing new characters at least not in the way I would want to explain them here. Toby’s growth into a person of note is extraordinary for all of the ways she tried to avoid it. The scientist (who I will call Quentin even though I am almost sure that is not his name) was interesting for the fact he is trans (a note that has minor importance) and the fact that hes also technically royalty!!! This is found out early on, but still. Ive called some things fron this series but that was not one of them.

Plot: man, this kind of fits some old school thrillets. You know some things are wrong but it takes a while and some clues droppednso yoi can really figure it out. There were a rew twists I didnt expect mostly along the lines of casual cruelty that the Fae didnt notice. Trying to adjust to different koral systems can be hard when youre rooting so hard for a single character.

Writing Style: good? This is never my strong point.

World building: this book introduces and entirely new kingdom in the Fae worlds, and there are so many details about how the world works that I picked up (and Im sure many more that I didn’t). I think Quentin(probably not his real name) made the real difference in this book mostly in the benefits he provided.

All in all, not my favorite book. I prefer when Toby has the leeway to figure things ojt the way she figures things out it.

What to pair it with: amaretto sour. The overwhelming sweetness is cancelled out by the sour and next thing you know your sloshed and calling an ex to drive you home.