This is a first for us, we’ve been invited to work with Tomorrow Comes Media for Dream of the Navigator by Stephen Zimmer. This book honestly sounds fricken amazing and I cannot wait to read it. Stephen wrote about the top 10 books that remind him of beer! But first, a little about the book! 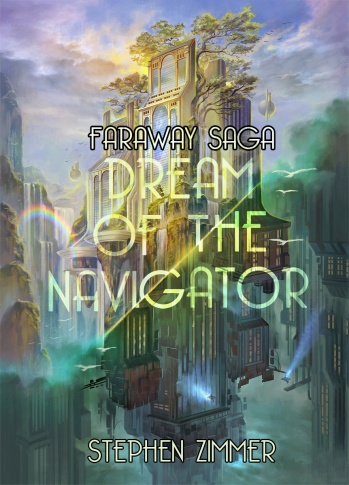 Book Synopsis for Dream of the Navigator:   “1984 and Brave New World meets Narnia”

Cities have been replaced by technates. It is a world of soaring apartments, hundreds of stories high, where technology measures, monitors and rations to meet the needs of the greater populace. It is a world of drones, in the air and on the ground, and advanced robotic beings who carry out much of the harder labor, security, and even pleasure assignments.

Those discontent, or who resist, are taken to Rehabilitation Centers, established after the embrace of the Greater Good Doctrine.

For most, virtual realms, substances, and entertainment provide escapes, but for Haven, Cayden, Jaelynn, and Salvador, growing up in Technate 6 is a restless existence.

A hunger for something more gnaws inside each of them. Discoveries await that open the gates to transcend time and space, and even new planes of existence. Nothing in their universe, or others, is impossible to explore.

What was once reality, now seems like an illusion in a deepening experience.

Begin the journey to Faraway, in Dream of the Navigator, the first book of the Faraway Saga!

Pick up a copy here or here!

Top 10 Books That Remind Me of Beer
By Stephen Zimmer

I’ve been known to have a good beer or two while relaxing and reading a book, but this list is about books that remind me of beer, in some way.  The connection in some of these selections will be more obvious than others, but here I go!  Cheers!

The Fellowship of the Ring by J.R.R. Tolkien

Beer definitely jumps to mind with not just one, but two taverns that are named within this book.   Of course, I am speaking of The Green Dragon, in the Shire, and the Prancing Pony, located in the human settlement of Bree.  The beer flows mightily in both establishments and it is almost impossible not to think of beer at least a couple of times when reading this book.

The Canterbury Tales by Geoffery Chaucer

A wide array of pilgrims out traveling together and telling tales, a few of which are quite bawdy in nature, definitely brings to mind the thought of quaffing beers while in a jovial spirit around a campfire.  Hearing the Miller’s Tale after downing a few beers would be a very fun experience for sure!

The great mead hall in Beowulf certainly brings beer to mind.  Great quantities of beer, in fact, to meet the thirst of a bunch of hardy northern warriors.  Grendel does spoil the party a bit in this tale, but the thought of a warm mead hall on a wintry night conjures up the idea of a lot of beer consumption.

Butterbeer is rather mysterious and there is a lot of debate about its alcohol content, but it certainly does appear to be beer.  More importantly, it makes you think of beer, which is why it makes my list!

Oliver Twist might not seem like an obvious novel at first, but its depiction of the rough underside of England in the 18th century always makes me think of dark, seedy pubs with a bunch of fellows who have imbibed quite a lot of beer.  So, as it makes me think of beer, it makes the list, even if Oliver is not portrayed as being much of a beer drinker. Haha!

Falstaff and his friends frequent the Boar’s Head Tavern in Shakespeare’s Henry 4th and I assure you they were not drinking lemonade!  A good English ale in a 15 century tavern would have been quite an experience indeed!  Having some Shakespeare in the list definitely bolsters its literary value too!

Heart of a Lion by Stephen Zimmer

I can’t help but name one of my own books, because my heroine Rayden Valkyrie loves having a good ale, or a few good ales, in a tavern.  Fellows thinking that she will be an easy one to pickup after an ale or two must be forewarned.  Best be on good behavior when speaking to Rayden, she has little patience for louts!

The Moon is a Harsh Mistress by Robert A. Heinlein

A great tale about inhabitants of the moon rebelling with the help of a supercomputer brings beer to mind because the protagonists do like to drink and the pursuit of a self-sufficiency doctrine necessitates the ability to brew beer!  It is definitely something to keep in mind if you are declaring that the moon is going to be your homeland!  They already have plenty of wheat in place, as a electromagnetic catapult used to export wheat to Earth plays quite a role in this tale!

Ishmael begins his journey by going to an Inn to sign up for a whaling expedition.  The inn in this 19th-century setting was certainly serving a few beers, and I know I would need a lot of beer to even begin to think about setting out to sea in the vessels of that era for an extended voyage!

A bar named Merlotte’s has a big part to play as a location within these books.  In fact, Sookie herself is a barmaid there in the first book! Shapeshifters, vampires, werewolves, faeries, witches and humans alike frequent this establishment that provides plenty of beer for the locals.  One would probably need more than a few beers to endure the craziness going on in that town!

So there you have it!  Ten books that make me think of beer!  I hope you enjoyed this list and had some fun reading it! 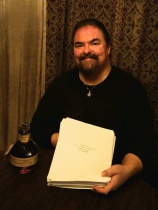 About the author: Stephen Zimmer is an award-winning author and filmmaker based out of Lexington Kentucky. His works include the Rayden Valkyrie novels and novellas(Sword and Sorcery), the Rising Dawn Saga (Cross Genre), the Fires in Eden Series (Epic Fantasy), the Hellscapes short story collections (Horror), the Chronicles of Ave short story collections (Fantasy), the Harvey and Solomon Tales (Steampunk), the Ragnar Stormbringer Tales (Sword and Sorcery), and the forthcoming Faraway Saga (YA Dystopian/Cross-Genre).

Stephen’s visual work includes the feature film Shadows Light, shorts films such as The Sirens and Swordbearer, and the forthcoming Rayden Valkyrie: Saga of a Lionheart TV Pilot.

Stephen is a proud Kentucky Colonel who also enjoys the realms of music, martial arts, good bourbons, and spending time with family.