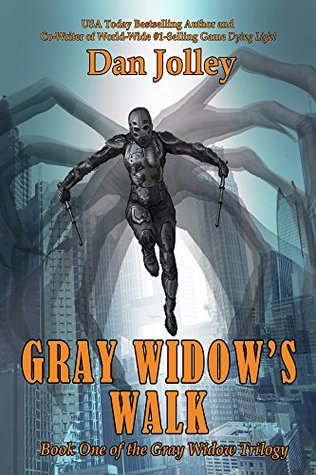 What I drank prior: Well, I’m on vacation with my family and for whatever reason we decided to taste test a variety of red wines. So, red wine.

Spoiler-free Overview: The first thing to know is that the publisher, Seventh Star Press and Tomorrow Comes Media, reached out to us asking if we would like to work with them, we were given this book in return for a free and honest review. A big thank you to them.

This book has kind of a batman feel.  Janey, our main character has a tragic backstory (insert trademark here) and has decided to be a vigiliante in her town to try and combat some of the evils she sees.  There’s a lot of plot points and a lot of charatcters that I’ll get into in the spoiler free thoughts section, etc. But the book starts on her first night out, how the town and media respond, as well as a story line with the villain she has to come against.

Spoiler-free Thoughts: I really enjoyed this book.  There was a point fairly early on where I was worried that Janey was going to be the stereotypical strong woman; the woman who has been written to not need any support in her life, to only have the one goal of vengence, but Janey felt like a fairly well developed character, I understood her motivatiosn more than I understand a lot of superheros motivations.  I felt that the violence in this book could be unnecessarily gratuitous. There are a few scenes with attempted rapes, and the villain (Simon Grove) was intended to be creepy.  And that was successfully written, but in a way I felt could be a little bit unnecessary?  Its hard to explain considering I enjoyed the story and the villiain.

Characters: There was a pretty varied cast here. I think there were probably a few too many people to try and keep track of.  The book switched perspectives a lot and while I understand the purpose of seeing the world from the eyes of the outcast teenager who decided to impersonate the Gray Widow, it made it a little confusing to jump back and forth.  As I said, I enjoyed Janey’s character, her motivations, and her backstory.  There was a subplot with a romance with her that felt a little bit rushed.  I enjoyed the detective who was on the case.  Simon Grove as a villain could be a lot of fun, though I felt that his powers were a little underexplained.  It’s a case where I would have appreciated a little more of his backstory (and by that I mean an explanation for why he was the way he was)

Plot: Janey decides she wants to try and right some of the wrongs that had happened in her life.  She also has the ability to move through shadows which is pretty fucking awesome. She’s pretty badass really.  But as she’s comes into her own, so does that biggest villain of the book Simon Grove.  He’s the son of a movie star and seems a bit like a spoiled brat, but he has some weird power that he can’t really control, or maybe it’s more accurate that it controls him.  There’s a plot line dealing with a group of people who are trying to round up people with powers that I don’t feel the need to get into here…

Writing Style: As I always say, I don’t really pay that much attention to writing style.  This felt fairly basic in that there weren’t really flowery descriptions, but I think that worked for the story that was being told.

World Building: I think a little more world building can be done.  As the book goes on it becomes clear that there are a number of people who have these powers, but it’s not super well explained as to why… I’m sure that’s going to be covered in an inevitable sequel.  But the world felt fleshed out in the variety of characters that there were (the author definitely cared about diversity) as well as the way people reacted to their world.  A decent portion of the book focused on the medias reaction to the Gray Widow, the inevitable backlash, and how people responded to the media.  It’s kind of perfect for this day and age because lets be honest, anybody that decided to go out and fight crimes in a suit would definitely get a lot of unwanted attention.

I like adding this section even though I felt like my review above covered most of it.  Honestly, the thing I would add is that it’s kind of interetsing to see a story where the male characters of the protagonists backstory have basically been “fridged” her father was murdered and her husband was beaten in a chance mugging.  It’s definitely a change of pace from women always being the motivating factor. I enjoyed the fact that Janey wanted a life outside of being a vigilante and her painting, her relationship with Tim Kapoor felt really rushed for me (thinking I’m in love at the end of a first date seems a bit absurd for anyone outside of high school – but maybe that’s just me).  I wish a description of Simon Grove’s venom-esque super power had been described earlier though I liked the influx of super powered people towards the end.  I think introducing them earlier would have made Janey feel less unique.  And while I have a number of other thoughts about this one I’m going to cut it short with one last thought; I liked the breadth of the powers.

What to pair it with: Man, I’m not exactly sure.  With literally no explanation to you guys, I’m gonna say a martini.   Won’t tell you why except that’s what feels right in the moement.

I enjoyed this book, the story was fun and I read the bulk of it in a relatively short timeframe.  But while I enjoyed it the gratuitous violence found in certain parts of the books felt, unnecessary isn’t the right word here, maybe overly descriptive?  Which is honestly my biggest hesitation.

Let me know what you think.  Have you read it? Want to read it?  Just want to chat?  Comment below.