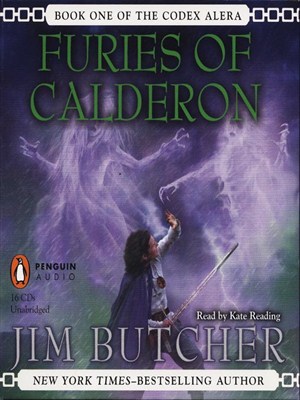 What I drank: WHY YOU ASKIN ALL THESE QUESETIONS. WHAT DIDN’T I DRINK? WHATCHU BEEN DRINKIN EH?!?!???
SPOILER FREE ZONE
Let me  tell you. About the one and true goddess. About the fire and the sword, dat ass and dat Mohawk. About the heart and the soul. Good people I’m here to tell you about Kitai today *choir hums*. Shidddd I just typed her name and got a body chill. So. So. Sosososo bae.
anyway Codex Alera is an epic fantasy series about a quintessential frontier farming family thrust into the maw of war and destruction. Count Bernard, his sister, her nephew, Tavi (da GOAT) have to battle the natural spirits that abound adjacent to them  at the edge of the wilderness. They encounter “barbarians” of all type:
the marat—pretty human but real closely spiritually linked to certain animal groups, horses, (these giant ass wombats called) gargants, and wolves.
Icemen – sound it out, that’s what they are.
The canim—an incredibly complicated race of dogpeople who hate regular humans, aka “demons.” More on ‘em later…
The series features and capitalizes on your typical political strife, but it’s complicated by their “crafting”. No, theyre not making belts and fuggin wallets; by “crafting” they are harnessing natural elements such as earth, wind, fire and water to (IAMCAPTAINPLANET) make their lives easier and to make war. These wilde spirits or “furies” create the name of this series and every non-barbarian not named Tavi has them (except for Kitai. I haven’t forgotten her, I just teared up when I brought her up the first time. And again now that I mention her. Meet me in the spoliers. Sweatergawd). His aunt and uncle, his classmates, and errybody’s lovers, bastards, and slaves are potential players in the complex game of chess that arises. When an alien foe forces the disparate characters to untie, hilarity and beautifully explicit warfare ensue.
So I’m only allowed to talk about the first novel in this series since this post is ostensibly is about the series entirely.  Suffice to say that this is a great first edition in a six-nivel series that kept me engaged, interested, and guessing what happened next. Page after page, book after book, I wanted to know how these mofuckers were gonna use these furies to defeat the mofucking Huns on some Mulan shit. Trust when I say: Tavi and crew GOT DOWN TO BIZNESS.
SPOILERS FOR THE REST OF THE GODDAM SERIES:
*****************Spoils Below*****************
I read all six of these books In like 3 weeks. I couldn’t stop. Between the incredible but always believeable progression of the characters’ development and the fucking manic progression of these massive battles, I didn’t notice the pages flying by, and at each back cover I reached eagerly for the next. Young Tavi is a G. I “knew” cuz Sam Kept asking me, “hows tavi, hws tavi” and I was like “HEY SHUTUP” and she was all “ok no spoilers boo but the marat are lit”. I was all like  hey. I’m writing a post, STFU!. So. Um. Yeah. As the First Lord (old ass Obama) sees his power and influence fade,  his political enemies and other fuckers attack that vacuum UNTIL HE GODDAM FIRES A VOLCANO OFF ON THEM!
That inst me being drunk and exaggerating bc that’s not a thing I do ever, nuh uh. It’s a real example of thekind of power these people can bring to bear on their enemies.
That shit was cute until ppl realize that the vord are a fucking problem. They are a parasite that turn niggas into to superhuman zombies. They reproduce mad quickly and make a zombie out of anyone they capture. Replete with mutated spiders and giant rhino fucking elephant murder machines with scythes for hands, they are a P.R.O.B.L.E.M.  It sucks and it’s scary but, spoilers, the canim come through clutch (despite hating humans for centuries) because of Tavi’s brilliance and the good guys win.
HOWEVER COMMA THE TAVI-KITAI TEAM IS THE SQUAD.
(They are relationship goals to the max, and regardless of whether tavi is breaking into the world’s most secure places or fighting a legion of zombie-used-to-be-people-actualy-probably-alien warriors or freeing slaves and breaking barriers, she remains bae. She’s flirty and brilliant and a daring and a tactician and good with knives and I’m wet and she’s strong and.
Maybe she’s unnatainable. Do I care?
OBVI NOT. Do I imagine her with a permanent snapchat doe filter? Yes).
I flip-flopped in the final battle between being hella impressed and amused at how much it felt like a Dragon Ball Z episode. People are flying about willy nilly and throwing fuggin balls of fire at each other around amountain and in a hurricane and it’s madness. Kitai and Tavi’s connection make them an unstoppable tandem of feels and brawn and my Gaws do you catch yourself rooting hard for them in their battle for the fate of mankind.
Regardless of the satisfactorability (yeah I said it) of that final battle, what doesn’t change is how I feel about these few characters that survive annaihalation and their relationships. Effective, affective stuff throughout
Writing style:
Each novel progeresses in a similar manner; though it’s predictable, I never tire of it. The climax of each is within 90 or so pages of the novel and the momentum that is created beforehand is inexorable. Within each of these novels I found myself furiously page-turning, readyyy for how this problem might be solved and how.
These characters similarly evolve, sometimes satisfactorily, sometimes not; all I know is the style of these novels is what kept me coming back. They had a rhythm and a relentlessness that I hadn’t seen before and I want to find again, badly.
*****************End Spoilers!!!*****************

THE WHOLE SERIES NOT KIDDING
Rating: 4.69 shots of everclear, just cause you’re gonna be blown away and might be a  vord-zombie by the end

Pairing:  your surprise favorite drink. For me it’s a “Sweet Baby Jesus” peanutbutter stout because I  didn’t wanna like it but found myself missing it because the new beerz I tried after it aint have no girth, no body, and because I imagine it’s what Kitai tastes like. Sue me.
XOXO,
P