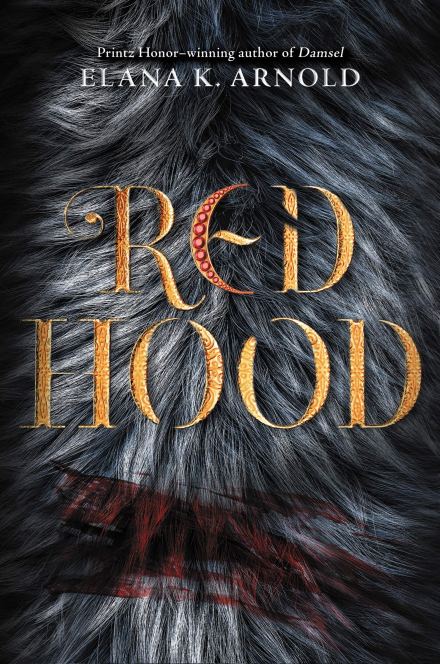 What I Drabk: Split a teo and a half bottles of red wine with my husband

You are alone in the woods, seen only by the unblinking yellow moon. Your hands are empty. You are nearly naked.

And the wolf is angry.

Since her grandmother became her caretaker when she was four years old, Bisou Martel has lived a quiet life in a little house in Seattle. She’s kept mostly to herself. She’s been good. But then comes the night of homecoming, when she finds herself running for her life over roots and between trees, a fury of claws and teeth behind her. A wolf attacks. Bisou fights back. A new moon rises. And with it, questions. About the blood in Bisou’s past and on her hands as she stumbles home. About broken boys and vicious wolves. About girls lost in the woods—frightened, but not alone.

My Summary: After Bisou (you) finds herself in a bloody situation on homecoming night, she learns her own strength and discovers a family history she never knew. This is a very loose retelling of Red Riding Hood with a pro-woman narrative.

Spoiler-free Thoughts: I love that the author doesn’t shy away from taboo topics such as periods and teen sex, but it also didn’t always reflect my personal experience. And with the second person writing, I think that means a lot. I would have liked it so much better if it wasn’t written like that.

What I Liked: As mentioned, I like that she addressed taboo topics, even if it didn’t reflect my experiences. At one point, there was an extremely realistic teen sex scene followed by a very respectful scene where she tells her mémé that was ON POINT with my experience and made it seem totally normal (which it is). I know that’s not everyone’s experience, it I wish that it was.

What I Didn’t Like: I’m all about a pro-period piece, but I feel like this make it sound super weird—like even putting the tampon in is weird. Also, incorrect—you’re not supposed to push the tampon in so far that you are “knuckle-deep in your own body.” So again, like that she’s talking about it, but not sure it really normalizes it.

What I Hated: The “you” version of storytelling is just so cringeworthy and totally takes me out of the story. Also, I’ve seen some complaints about the violence that the girls do and seemingly justifies giving, but I didn’t have too much of an issue with it.

What I Loved: Claps for these awesome women!! Keisha, Maggie, and Bisou were such a cute friendship, plus Mémé. Definitely enjoyed the pro-woman narrative.

TL;DR: I would recommend this book, but not without reservations. I like the pro-woman thing, but it takes it a little far—especially in the second person it was a little much, but it’s what the author was going for, so props.

Drink Pairing: Only a blood red wine would do. With legs.